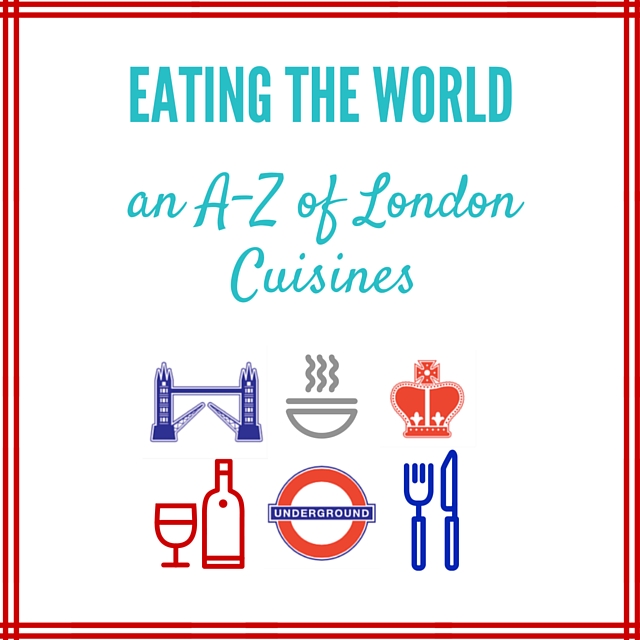 London is a bit like New York.  You could eat at a different restaurant every night of your life and never go back to the same one. It’s a melting pot of cultures, so there are many weird and wonderful cuisines to choose from.

Somewhat unfairly, I think, London doesn’t quite get the kudos for being as much of a global culinary centre as NYC, perhaps because of the urban myth of British cooking being rubbish. Fish and chips might not be up everyone’s street (although when it’s done well, it should be!) but that doesn’t mean that London’s thousands of non-British restaurants should take the blame for that.

I’m aiming to taste the world’s finest food without leaving my home city, in Eating the World: an A-Z of London cuisines! In addition I’d like to highlight the role that migrants and migrant cultures and cuisines have played in making London one of the best cities to live and visit, on the planet.

The rules are as follows:

Join me on my first trip to “Argentina” shortly!

5 thoughts on “Eating the World: an A-Z of London Cuisines”