Until recently, I’d never given a second thought what I put on my skin before diving in a hot country. Other than, it needed to be the highest sun factor known to man so that my northern, blue-tinged skin wouldn’t turn into a crispy version of a Manchester United shirt. I’m not ginger, but my skin thinks I am. I once burned through a parasol and a t-shirt. At once. Like, both together.

So I need sunscreen when I travel. No exceptions. While my dad browns up like a nicely done roast chicken, I did not inherit his skin, and know I’m probably in the “more-likely to get something nasty from sun bathing” category. So I slap on the factor 30 (or 50, depending on where I am) and accept I’m going home as white as I came. With at least one burned patch.

So, when I heard from a fellow diver on a liveaboard that they used reef-safe sunscreen, I wondered if I was possibly doing something bad. She explained to me that there was research linking regular sunscreen to coral damage and some places in Mexico had even banned the use of sunscreens altogether (and therefore somewhere I’d have to mark off the visit list). I was intrigued. I like to think of myself as a well-read, informed, responsible diver; why was I not aware of this? Why was I not bombarded by advertising in Dive Magazine, or falling over bottles of reef-safe sunscreen in dive shops?

I started to do some research, and sure enough, some published articles refer to this damage, even going back as far as 2008. A couple of articles in places like the Daily Mail were hanging around (but as it’s the Mail, no one believed it anyway) but no big fanfare, nothing to denote the severity of what could be an ecological disaster.  Possibly.

Now as a diver, I could be being melodramatic here. I’m quite passionate about preserving the oceans. Just ask my travelling buddies who laugh at me for ripping plastic beer can-holders up when we’re travelling to the football on a Saturday. I also recently waged a one-girl war against a new Chinese restaurant in my area for selling shark fin soup. Well, I emailed them my disgust, anyway. Every little helps, as the supermarket says.

So I was surprised this wasn’t more well known to me. I’d been sleeping; ignorant. But I decided to take that supermarket manta and vowed that my next dive trip would be a chemical-free one. I would ditch the Boots-own brand and go Eco.

Surely as this is such a big deal, the likes of Boots and Superdrug would offer reef-safe alternatives? (for my international visitors, the two biggest UK high street pharmacies). Alas, I visited five different Boots and two Superdrugs with no success at all. At the biggest Boots in Liverpool Street train station, the staff were very helpful, but had never heard of such a product – why on earth would something need to be reef-safe!? I needed new tactics.

Dive shops – surely they would sell ethical sunscreen to their customers? Calling Ocean Leisure, the biggest dive shop in central London was educational; while the assistant could tell me what I should look for in a reef-safe cream (Zinc Oxide, primarily) but that they only stocked Panama Jack – which was most certainly not reef-safe. Hmm.

Well, maybe if you know what you’re looking for. A search for reef-safe sunscreen on google doesn’t throw up anything immediate, other than www.tropicalseas.com and a couple of other American, hard-to-order creams: nothing mainstream, nothing I can get my hands on quickly at least. Amazon, is even worse. It doesn’t know what reef-safe is.

So what was I doing wrong? Surely the way the Eco-Market and climate-change agenda is going, this should be an at-least-moderate money spinner for even a mainstream retailer to stock, alongside the other stuff – bigger mark up for the moral high ground and all that.

Surely nowadays, you can find almost every fairtrade, ozone-friendly, untested-on-animals, organic alternative right next to their planet-killing, evil counterparts on every shelf of every shop, regardless of the product, right?  So why not sunscreen?

Mineral make up is massive business right now, with every mainstream producer copying the likes of Bare Escentuals in offering a natural, chemical-less version of their regular products.  And by hell do they charge a mark up.  Today’s consumers want to be eco-friendly, and the market has cottoned on to this.

Except, it seems, in the world of sunscreen.

So a modern search has to get with the modern media.  I tweeted a couple of scuba-focussed peeps (sorry, it’s “tweeps“, isn’t it?) to ask for their thoughts.  @scubadivergirls asked their 30k odd followers for help, but no one responded.  I asked my own (somewhat fewer) followers; again nothing.  One random chap even asked me whether I’d heard anything yet – proof that I’m not just the only mental ocean-saver out there. @Scuba_travel came back to me and recommended TropicalSeas again – if only they weren’t American and celebrating bloody Labour (sorry Labor) Day.

One again I was struggling.  Until @Divemagazine came back to me.  With a brand name that I might actually get hold of in the UK.  Jason.  Slightly narcissistic, I’m thinking, but I’m that desperate right now, I’ll take a sunscreen called Adolf to be honest.  They gave me a website too – www.healthstuff.co.uk where, lo, they had a load of these new fangled natural sunscreen thingys. Result!

So, I ordered my batch of “natural” sunscreen.  Made by Jason himself, I imagine.  And thankfully, they’ve been posted out today, so my inbox tells me.  However, as a ginger in brunette clothing, if they don’t arrive in the next few days I’ll have no option than to get some last minute P20 at the airport – which may be the lesser of two evils.  But not Eco. 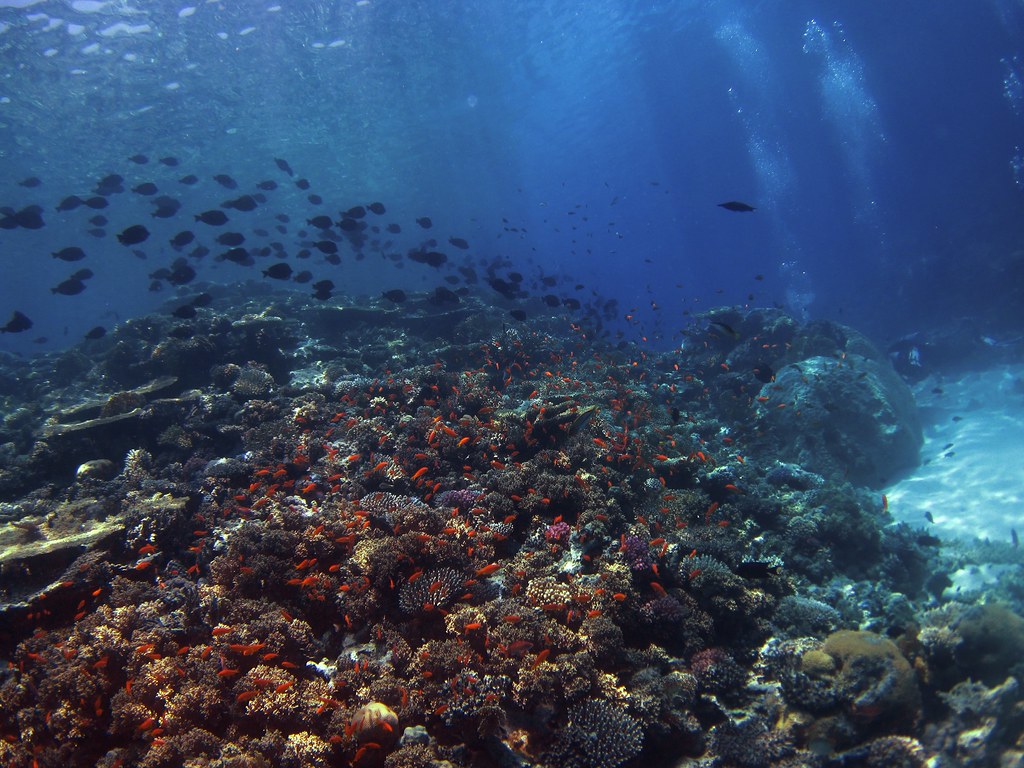 Why is it so hard to be responsible?

So why didn’t I know about natural sunscreen?  And why, when I searched Amazon and Google hadn’t my online searches uncovered up these before?

Well, I’d been looking for “reef-safe” sunscreen.  And it seems that “natural” is much more of a big deal.  And thinking about it, without my diver’s hat (hood?) on, that kinda makes more marketing sense.  But if that makes marketing sense – the bigger question is – why on earth is Natural SunScreen so bloody difficult to get hold of?  Why hadn’t I seen this on the shelves of Boots every time I’ve been seduced by their 3 for 2 offers?  Why was the Twitter community unknowing?

In this age of climate-change hysteria, recycling, and planet-saving why aren’t companies all over this?  If I can choose between mineral make up and chemical stuff, between organic and pesticided fruit; if I can choose a car that uses less fragile oil reserves, or fairtrade coffee, or rainforest-friendly chocolate – then why can’t I choose reef-safe sunscreen?  What’s the commercial reason for that?  Is there one, or is the demand just not there yet?  Do we need to wait for demand, or should the choice be given to us regardless?  I’m sure Anita Roddick didn’t wait for sufficient demand, so what are the particular market forces in play for sunscreen?

It may be a small point to some, but as a passionate Ocean-conserver, I’d hope that the reef-safe or sunscreen market is in its infancy and that we’ll see the same rise to prominence as free-range eggs over battery eggs, or mineral make up over, er, non-mineral.  We’ll never force people to use entirely chemical-free options in my (sad) opinion (otherwise battery farms wouldn’t exist), but if people have that choice to make, and are at least minimally educated about that choice, then the market is there to be built up and then exploited.  If people can walk into Boots and see Jason or TropicalSeas next to PizBuin and make a choice to be good to themselves and their environment (and no doubt pay a markup) then we’re halfway to making a small but worthwhile difference.  It’s that sodding supermarket slogan again.

So if Every Little really does Help – then it should be easy to make a difference.  If it’s this difficult for a self-confessed ocean-warrior to do her bit for the reefs, what chance do the reefs have against your average Mr & Mrs Semi-Organic and Occasionally-Fairtrade and their two point four kids?

Being responsible should be much easier than this.


Side Note: at the same time as they recommended Jason, @Divemagazine also tweeted me that their September issue contains an article on this very topic, and there are signs that some others are taking note.  And so we should.  Given the latest, incredibly ironic research that reckons that coral could actually produce a pill that saves us from the sun, shouldn’t we at least give it a chance at surviving and not wash it with our deadly chemicals?  Who knows what other miracle pills we could create from coral reefs??