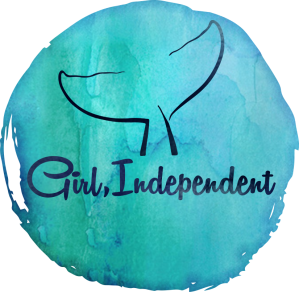 Classed as one of the most advanced dives in the Maldives, the Kuredu Express gets its name from the currents and certainly earns its name! A channel dive in the Lhaviyani Atoll, it gives some rollercoasters a run for their money. The Kuredu Express was my penultimate dive in on my first Maldivian Liveaboard. We’d had a fantastic week (although no mantas, something I’d been aching to see) and given that we were a bunch of fairly advanced divers, Chris the Captain decided to take us to the Express.  We understood afterwards, why it’s for advanced divers only.

The Maldives is full of channel dives – breaks in the atolls between two reefs that carry water and life from outside the atoll to inside, and vice versa.  When you see maps of the Maldives and see that each atoll is basically a ring of very very small islands, the channels are in-between those islands.

And because there are tides, you often get currents either running into or out of the atolls.  And currents mean big stuff.  Like sharks.  Or bigger.

We were told we would drop in the middle of the channel, and drift from the inside of the atoll with the current to the outside.  Upon reaching the outside, we’d follow the reef to the right, and have a chilled out drift along some nice coral before getting picked up.

Chris said we should take reef hooks, so we could hook on to the rocks if we saw some sharks or something interesting, and hang in the current.  Little did we know that reef hooks would turn out to be utterly futile….

We dropped in, negative entry, and dropped immediately to 20m.  In a current dive, you have to drop to depth straight away, otherwise you could end up drifting a long way in the surface before you get down and end up separated from your group.

As soon as we got down, we realised exactly why this was called the Express.

I have never been in current as fast as that!

We were thundering along the channel wall! It felt like I was on a rollercoaster, the speed was slightly scary and I quickly checked my weight and my air.  However, I never felt in danger, like I have in other strong currents, I think because we were all still together in a group, whizzing along, and I felt okay with my weight (thankfully this was the end of the week, so I’d trimmed my lead down!).

We flew along past the channel edge, and it really did feel like flying.  Everything whizzed past at such a rate of knots, that even if we did want to stop and hook on, there was absolutely no way we could have.  I couldn’t even see the rocks, ever mind grab one.

At one point I looked at the other divers, and remember seeing a mixture of astonishment and amusement through their masks.  I think some of us were laughing in amazement at the strength of the current and the feeling being flung along at such speed gave us, we started the laugh, and our masks leaked. Stu, one of my buddies did a Superman pose, and I flooded my mask.

I remember at one point seeing a big rock up ahead, and briefly worried that I might get thrown straight into it at speed.  Before I could panic, I was right ton top of it, and the streamline of the current simply pushed me up over it, and then down over the other side, like a rollercoaster climb and drop.  Only a bit wetter.

I can honestly say I have no idea, to this day, whether I saw anything worthy of looking at.  There could have been whaleshark in the channel that day, but I was giggling so much at being hurled along at speed and watching the coral whizz past, that I just enjoyed the sensation.  It was like being a smoke particle in a wind tunnel.

At the end of the channel, where the current emptied into the ocean, we had to take care to ensure that we didn’t get pushed out into the deep too much, so when we saw the wall curve to our right, we had an effort to stay close.  As soon as we did, the current subsided and it was all we could do to almost catch our breaths after such a rollercoaster ride.

At this point I think we all stopped for moment to clear our masks and settle our nerves. And check our air.  I wouldn’t have been surprised if I’d chugged the lot.

Eventually we managed to take a look at some of the life.  It’s amazing what you can see when you’re not flying past at 30 knots.


After a calming end to the dive, we surfaced, still giggling.  I’ve never known current like it, and the adrenaline was still pumping.

I think most of us giggled into the evening after the dive, and despite seeing hardly any of the Maldives famous marine life, the Kuredu Express remains one of my favourite dives of my 200.

Looking back at my profile, I’m actually amazed I managed to drop to 20m so quickly, although it’s no surprise I had an ascent warning immediately, as I struggled to cope with the current as soon as I got down!

I’m up and down quite a bit, which is indicative of being thrown around a lot, and around 32 minutes I can see a quick peak as I went up and over the saddle.

It’s certainly not the smoothest profile I’ve ever done, but it was probably one of the funnest!